Play Planet was invited to present a thematic proposal, for the design and build of a children’s playground inspired in Lisbon Oceanarium, to be placed on a circular area with 128m2, located next to the Ribeira Market in Lisbon.

We took inspiration from the mascots and characters of the Lisbon Oceanarium, designing giant, friendly and fun creatures through which children can let their imagination run wild and organize a virtual expedition to its marine world.

Vasco, main character of the Lisbon Oceanarium, is the central figure of this playground, welcoming visitors. One extra pair of fins invite users to wear them, performing various ocean explorer poses, or even shooting some pictures next to this nice mascot.

The stingray, another character from the Oceanarium of Lisbon, takes the shape of a dynamic activity tower with slide and climbing frames.

This playground comprises another secondary character from the Lisbon Oceanarium – the shark. This shark is swimming close to the surface of the water, so you can only see part of the body, the eyes, the bronchial crevices, the first dorsal fin and, a little further, its tail fin. In this friendly shark, children can sit, sit, balance, slide and use their imagination for role play.

The corals are coloured colonies that adorn the sea floor. In our playground they form two reefs full of activities, including a cosy basket swing.

As safety surface we chose a flooring with Playbase covered with a colourful synthetic turfed carpet.

In order to highlight the space during the night and on winter afternoons, 6 LED spotlights were placed in the ground along the perimeter of the park and next to the Vasco figure, and the other play structures, in order to re-emphasize the brand “Oceanário de Lisboa”. 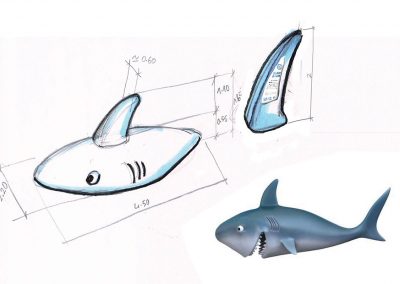 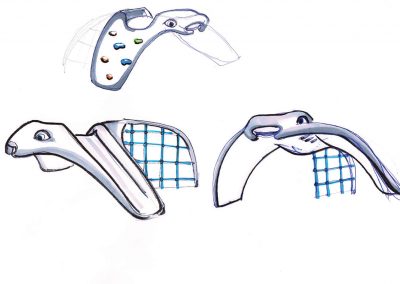 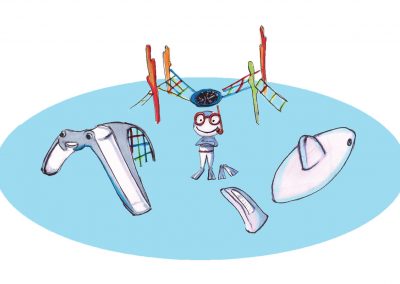 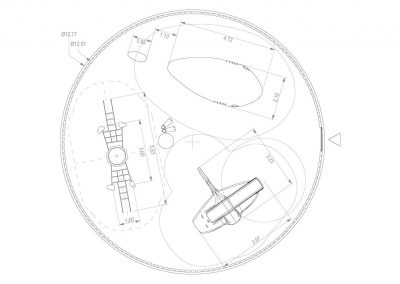 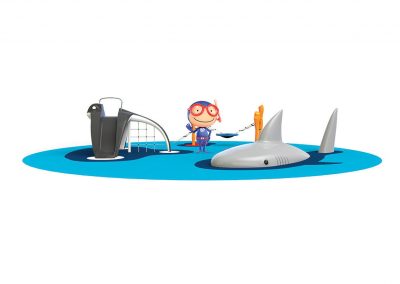 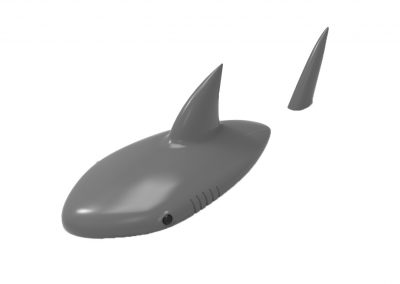 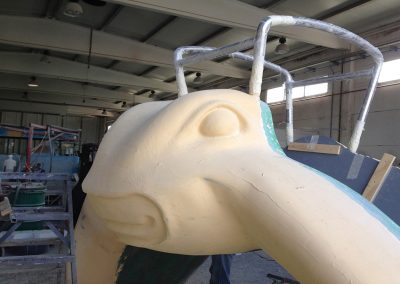 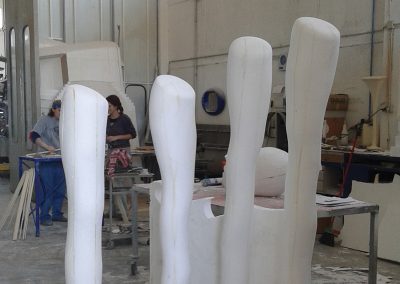 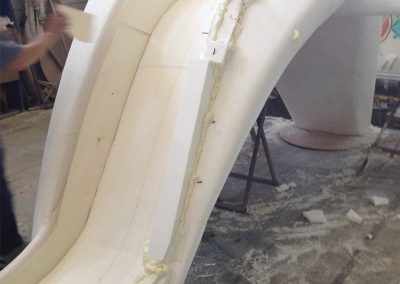 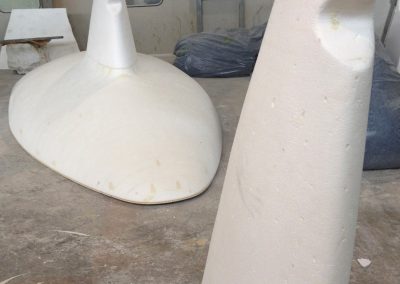 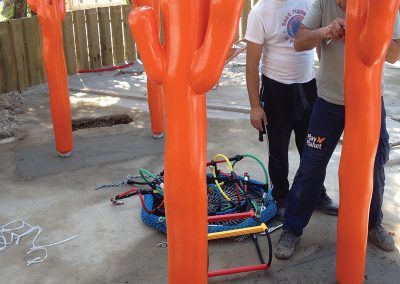 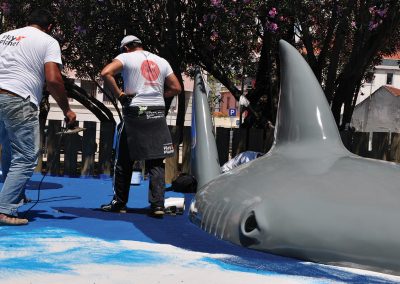 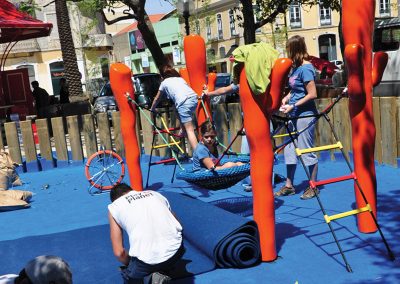 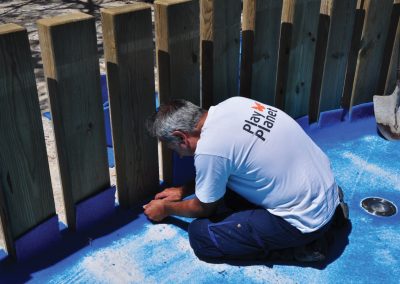 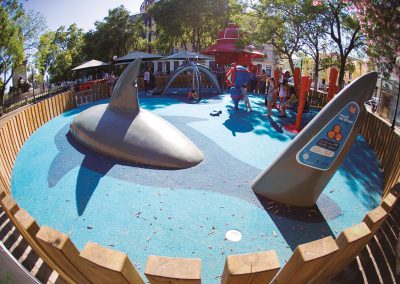 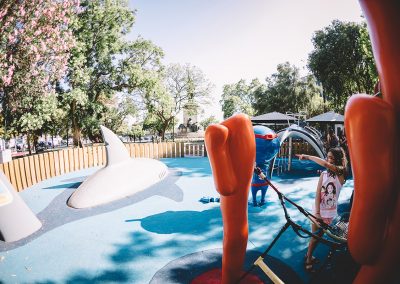 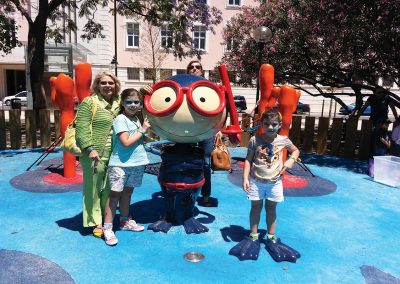 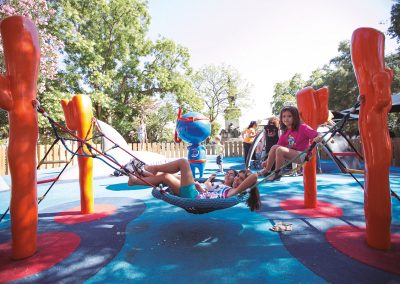 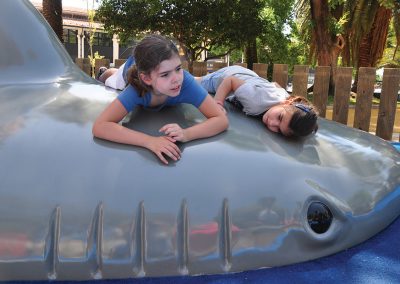 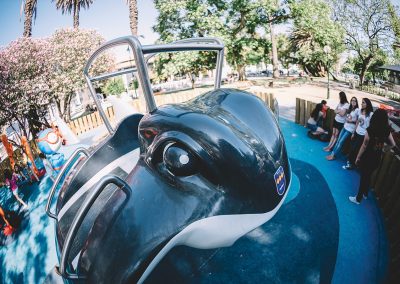 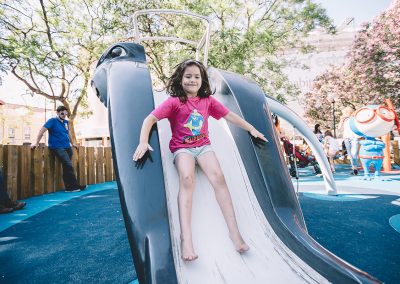 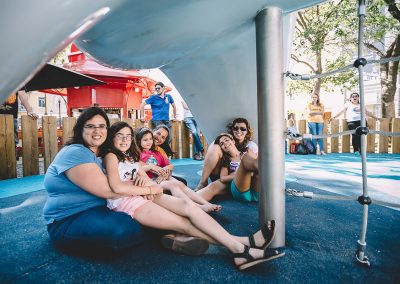