This project consisted of the Design & Build of an interior children’s play area at the Larios Shopping Center, in Malaga, an Andalusian city located in the southern part of Spain.

The intervention site was on the first floor, adjacent to an area ofterraces and restaurants, with open views for the main door. The available free space was quite shortened, since it is located on a security corridor, with several limitations in terms of fixing equipment or unevenness of floors.

Thus, we had to widen the space for the void, designing a suspended equipment, fixed to the ground only within the line of the existing glass fence and supported by 6 tensioning cables from the ceiling.

The equipment designed was also clearly inspired by a very typical element of local cuisine: the fish Engraulis encrasicolus, known by the common name of European anchovy, abundant in the Mediterranean regions and one of the symbols associated with the Andalusian region, where it constitutes a very widespread dish, popularly known as “boquerones”.

This suspended anchovy has its round and slender body formed by metal profiles and a course of obstacles of rope nets, defying the courage of users at the level of vertigo: Whoever enters and passes through its body will travel more than 9m, facing several obstacles, about 6m above from the ground.

Its pointed snout is fixed to the floor, and it includes 2 interactive equipment’s. By turning the anchovy eyes, audio content will be produced, and a surprising aroma of sea breeze will be released, without any recourse to electricity. The tail has been designed on the EPDM synthetic rubber safety floor. 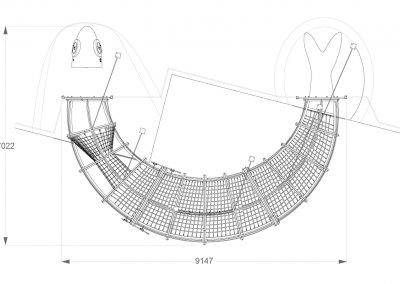 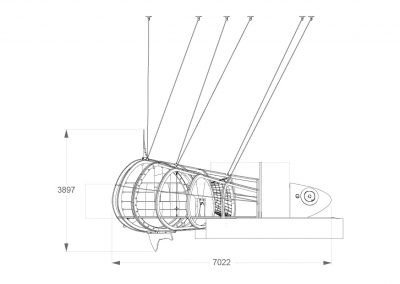 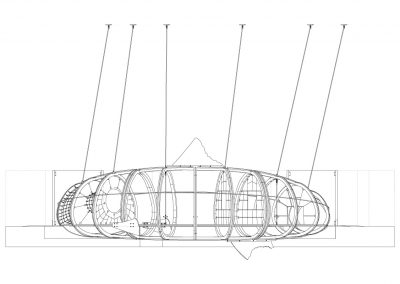 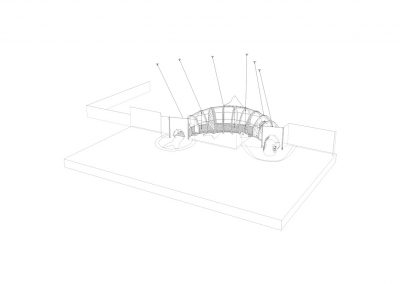 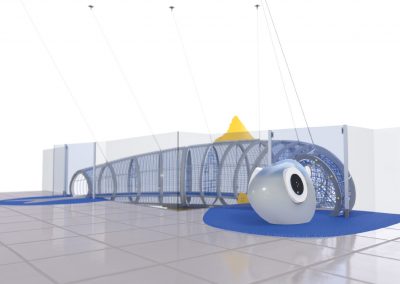 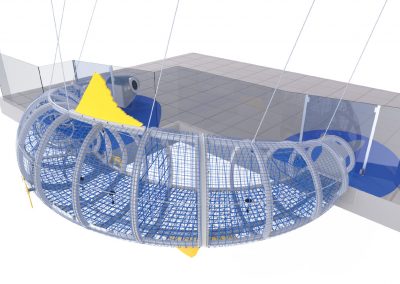 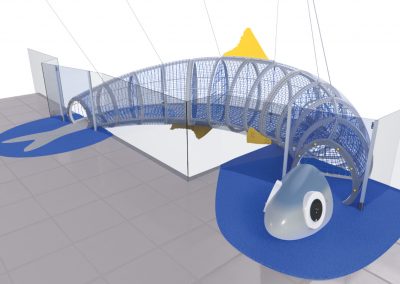 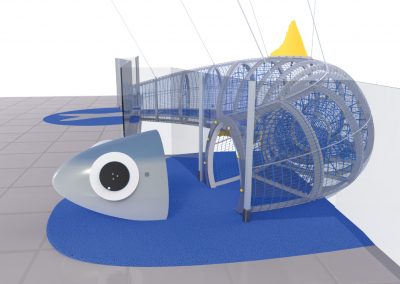 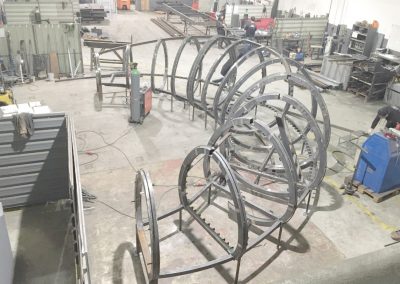 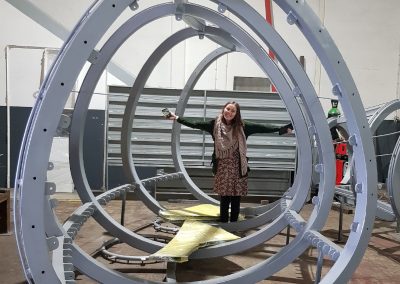 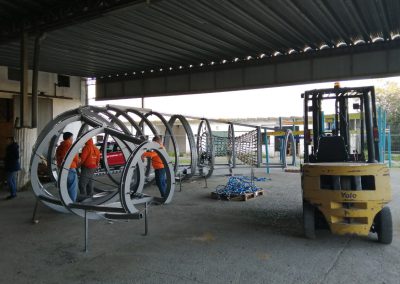 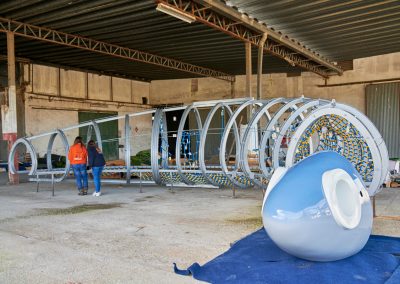 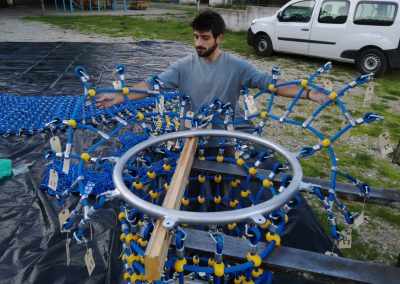 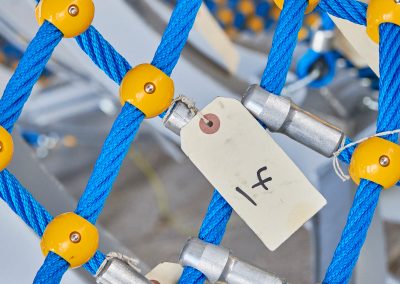 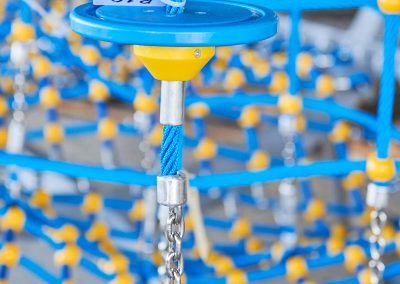 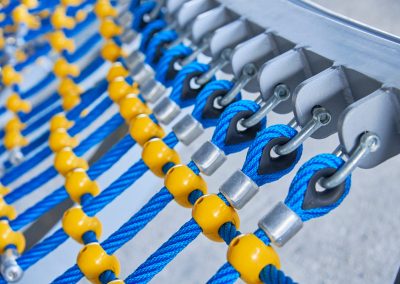 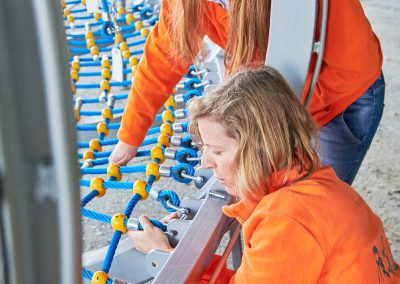 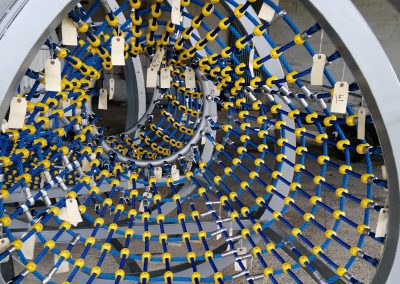 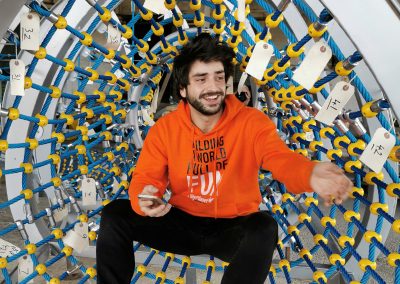 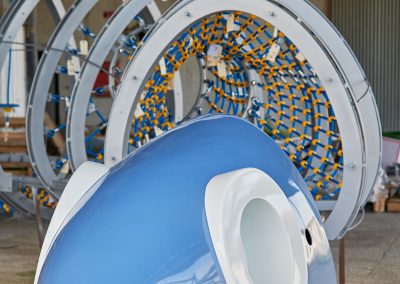 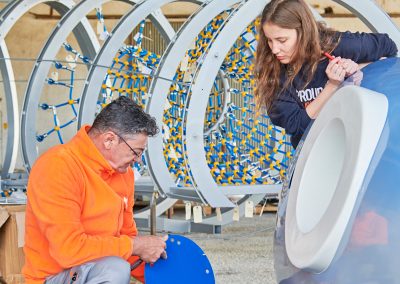 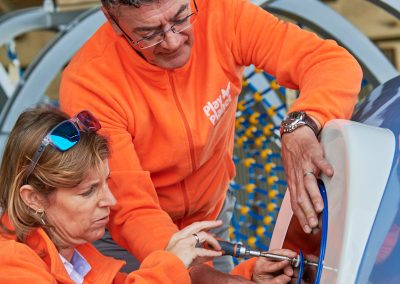 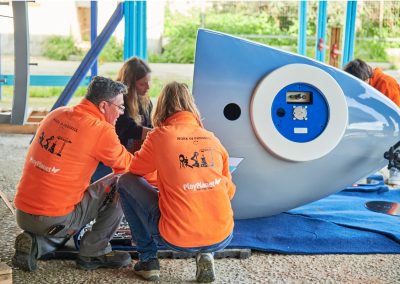